The Eibsee Lake is located approximately 62 miles southwest of Munich and near the town of Grainau. The lake is 5.5 miles away from the town of Garmisch-Partenkirchen and at the foot of the Zugspitze (Germany’s highest mountain). The lake has a surface elevation of 973 meters and its surface area is 177 hectares.

Protected by the Bavarian State Ministry of the Environment, Public Health and Consumer Protection, both National Parks representing natural wilderness and a high diversity of the flora and fauna, the panorama around Eibsee Lake is breathtakingly beautiful and the crystal-clear water in the lake is amazing; the color of the lake varies from deep blue to turquoise. The surroundings of the lake are formed by a low mountain range landscape of which up to 95% is covered by forest. Besides extensive woodland areas, the national park offers mountain peaks with fascinating views of nearly endless forests which cover the mountain range representing the Bavarian-Bohemian border, mysterious bogs, crystal clear mountain streams and Lake Rachelsee, the park‘s only glacial lake.
The fauna, which is characteristic of this region, is the result of a rather harsh, slightly continental climate with high snowfall in the winter, increased by large differences in altitude between 600 to 1,453 meters. Besides the eagle-owl, the ural owl and the raven, which have been reintroduced to this area, the otter, the capercaille, the hazel grouse, the Eurasian Pygmy Owl and the Three-toed Woodpecker belong to the indigenous fauna.

The idea of ​​an Interpretation Center for this site comes from a concept that seeks to crystallise the surroundings, mimicking the different shades of the lake throughout the year, and minimising the presence of the building in the landscape. A glass structure interspersed with each other in steel blades allows us, while carrying the surroundings into the interior, making it part of the building itself. As a snow crystal, the building expands and it develops from its center, giving to each branch a different functional use, creating multiple frames on the landscape.

In Nature we never see anything isolated, but everything in connection with something else which is before it, beside it, under it and over it.”
Johann Wolfgang von Goethe 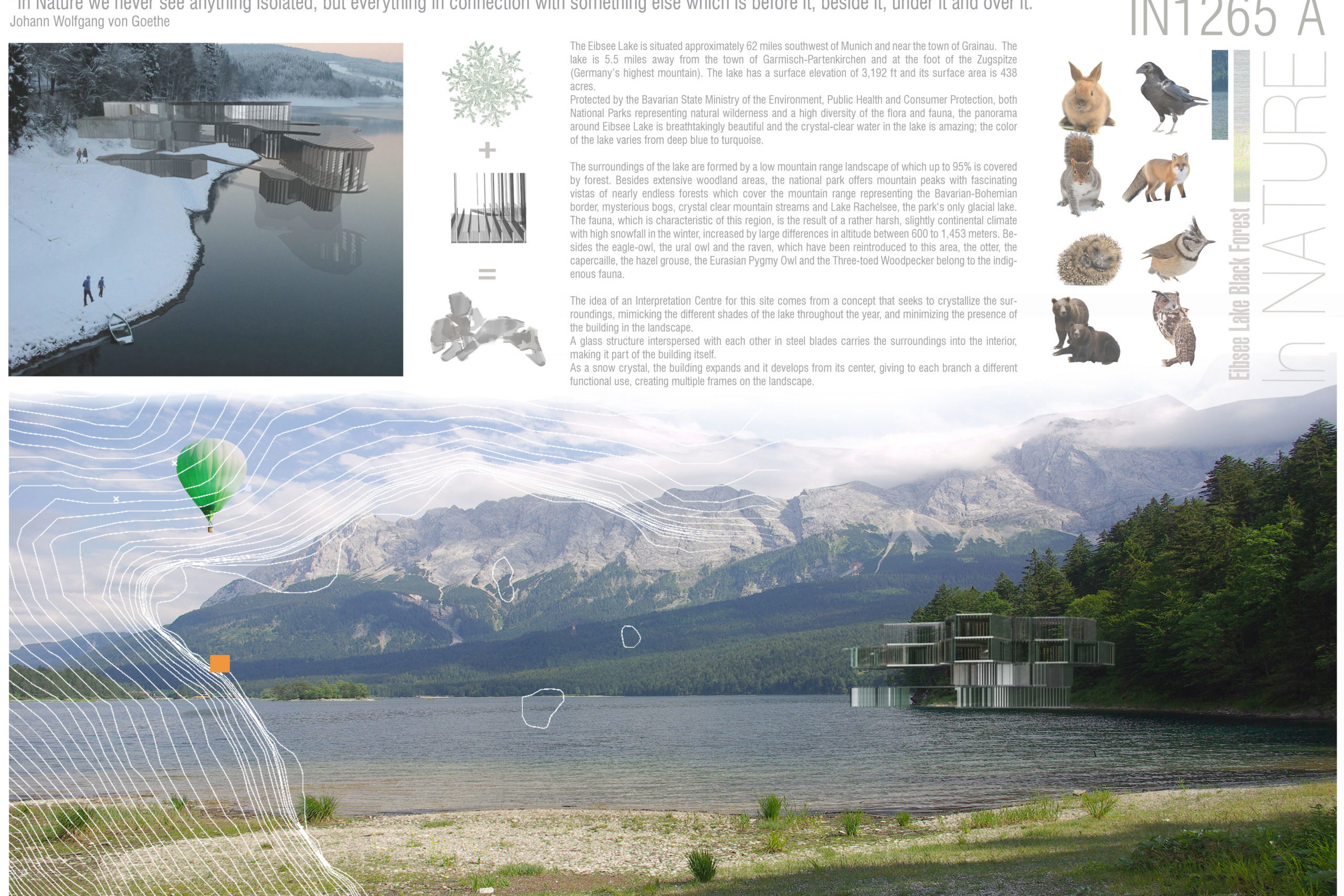 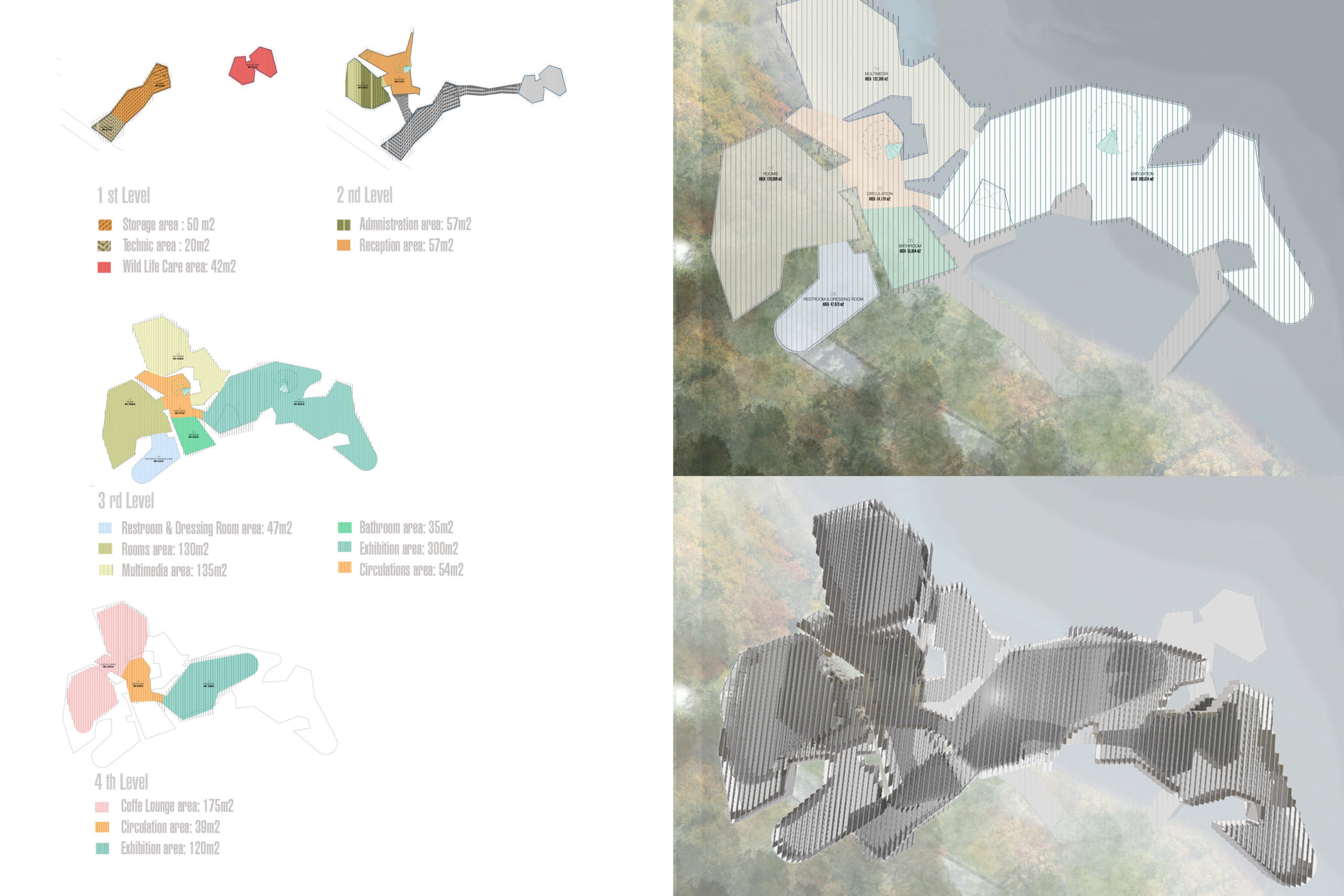 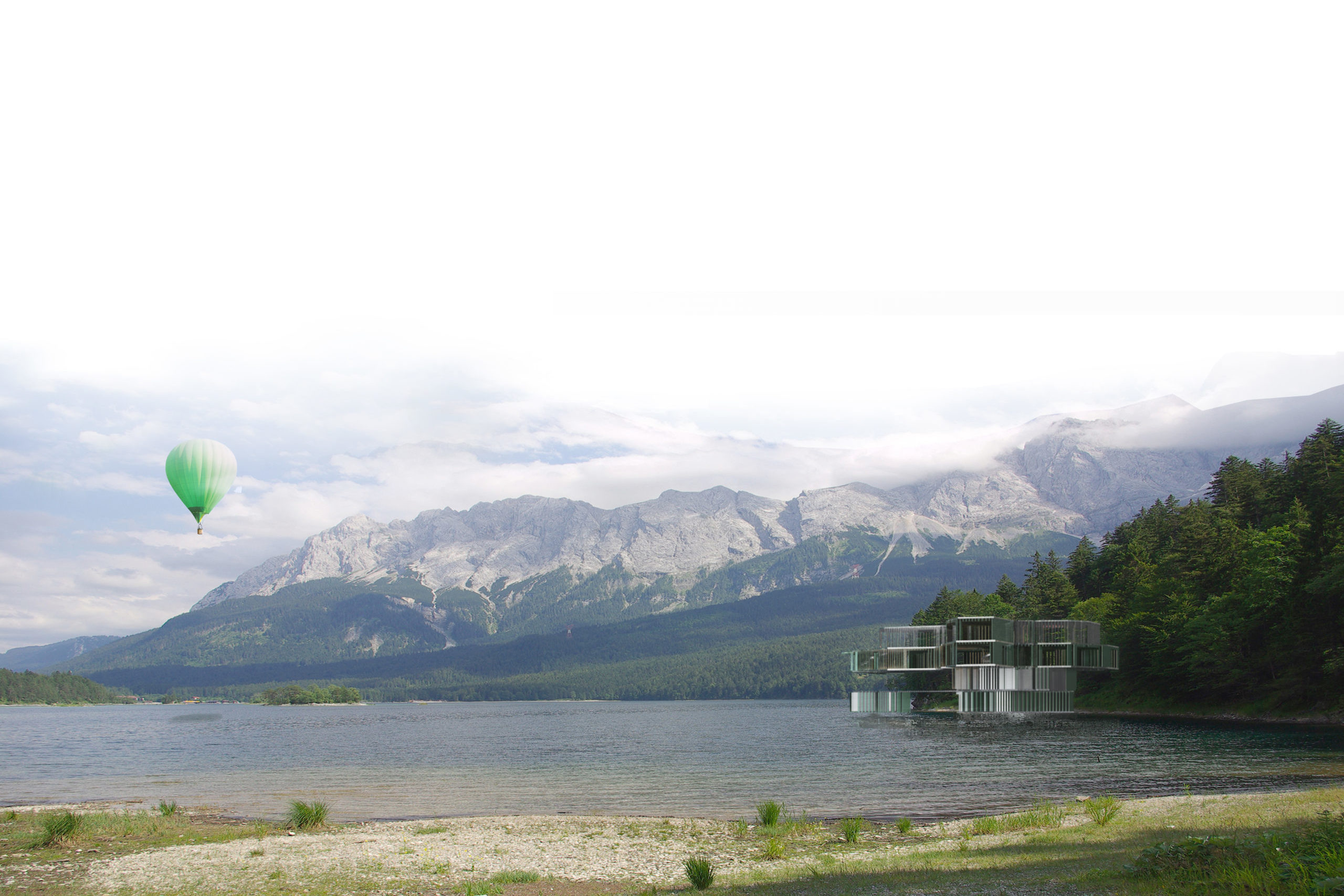 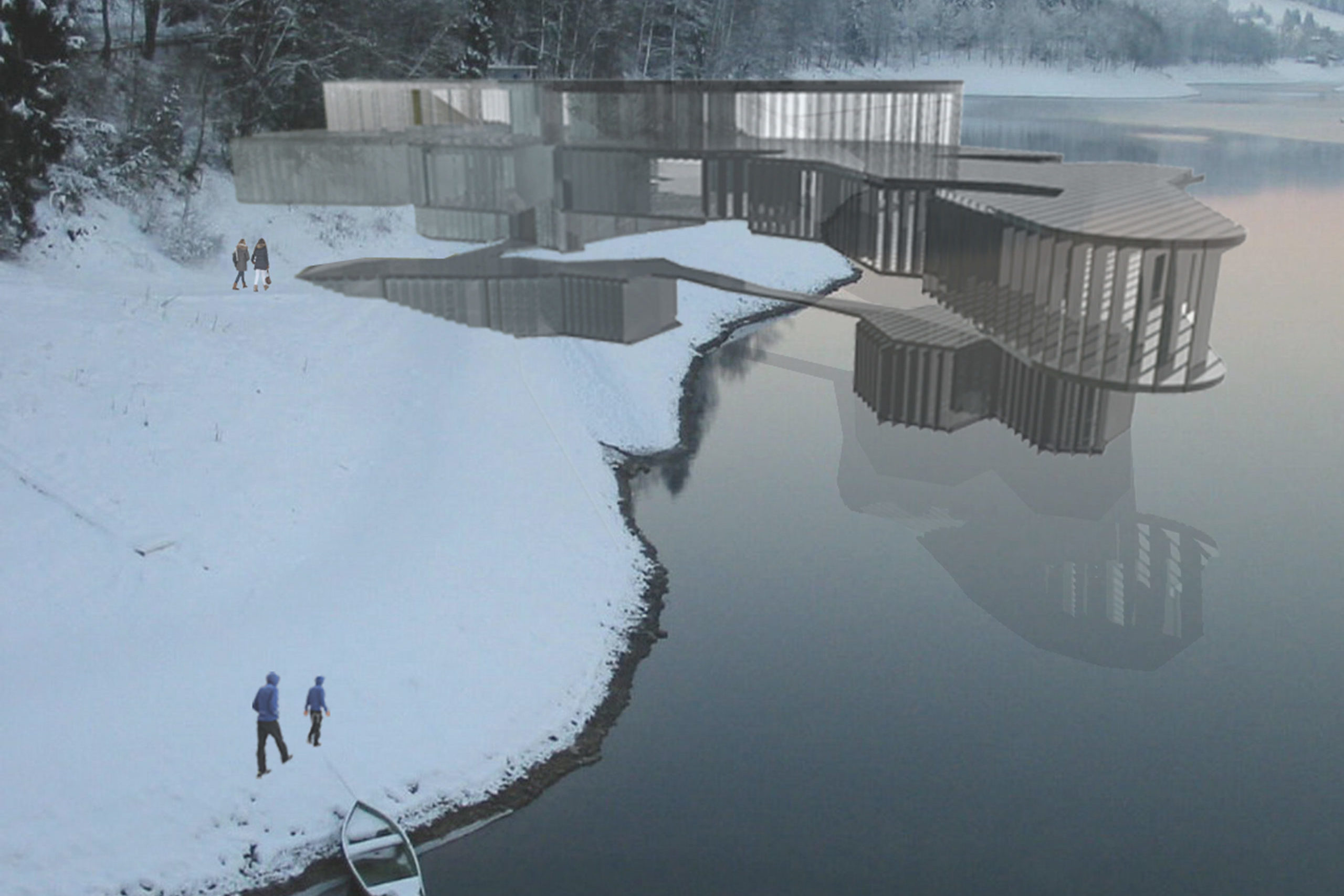 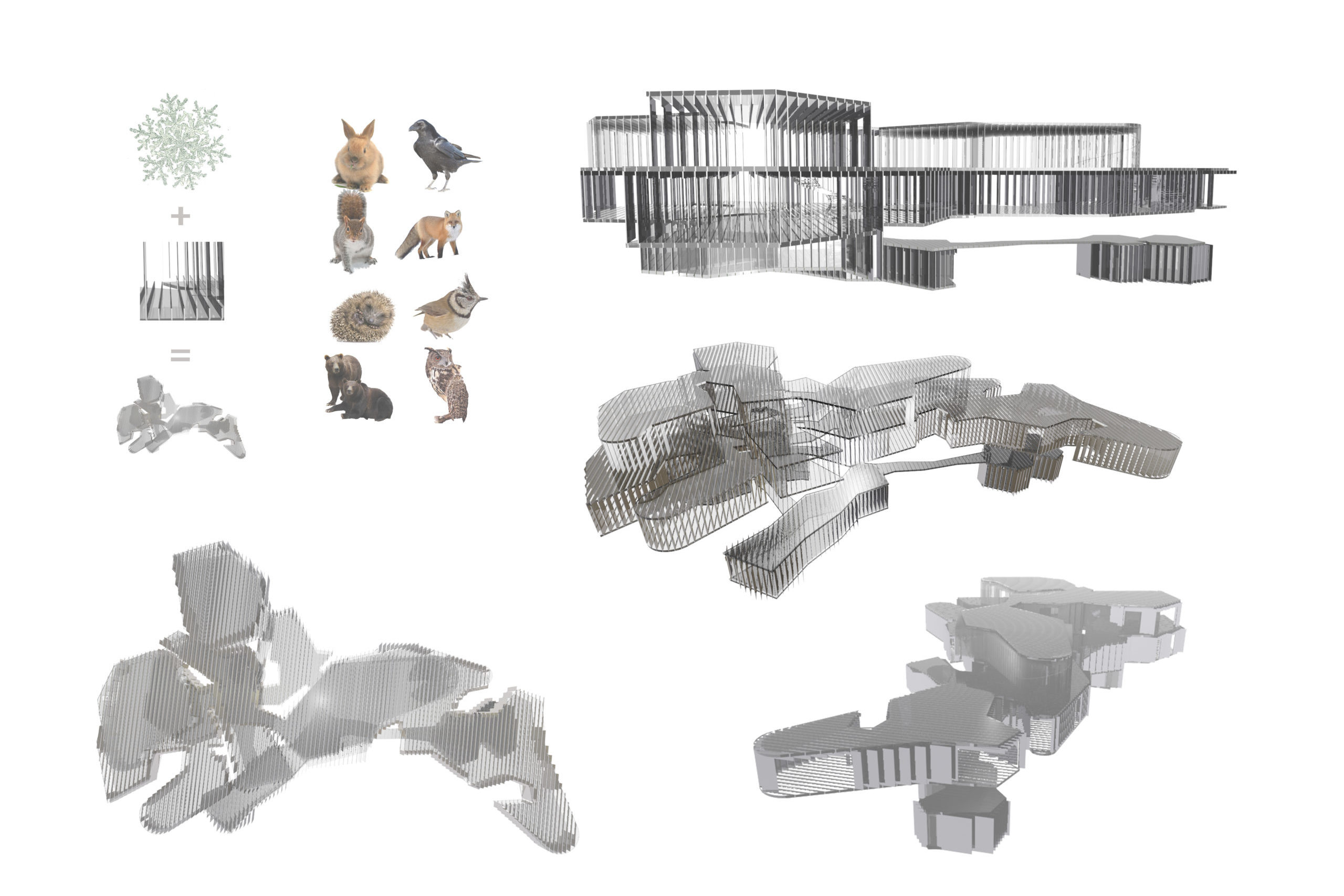