The new Toy Museum and City Library of Torres Vedras is intended to revitalize the historic centre of the city. As a result, a new elevated Green Square arises as  building underneath as well as several public paths and green spaces. Our proposal of a new street across the Green Square contributes for the building’s integration in the urban grid and insures a straight connection to the street of Celeiros de Santa Maria while framing the castle.
Surrounded by history, the new green square and street improve the urban space and define a new building that reintroduces the site in the network of public buildings. Two towers rise from the ground and activate the surrounding public space, representing the duality of the program – Library and Museum. The towers communicate with other vertical elements of the area such as the castle, the churches and the chimneys of old factories, representing a new benchmark of the city of Torres Vedras. 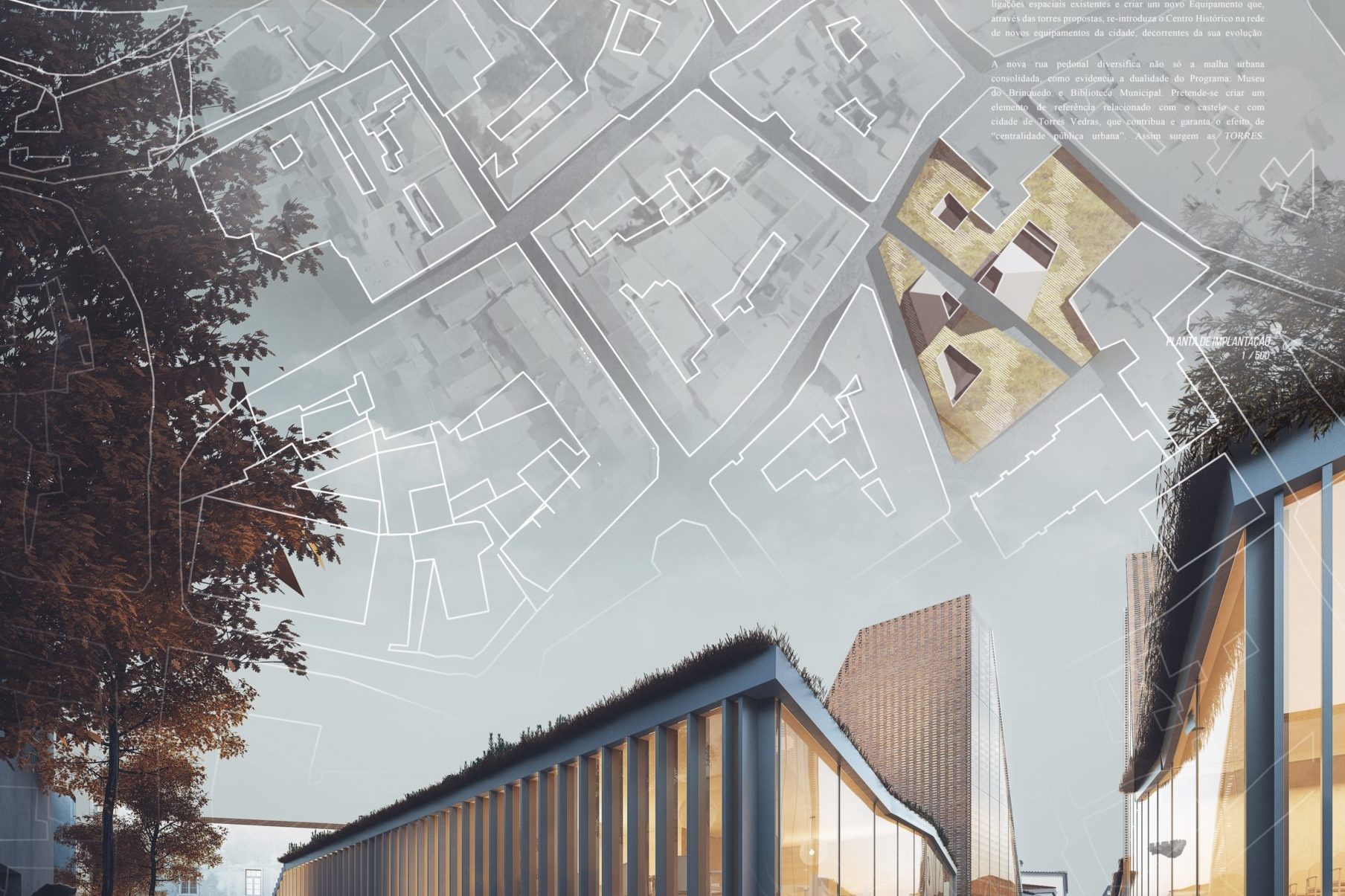 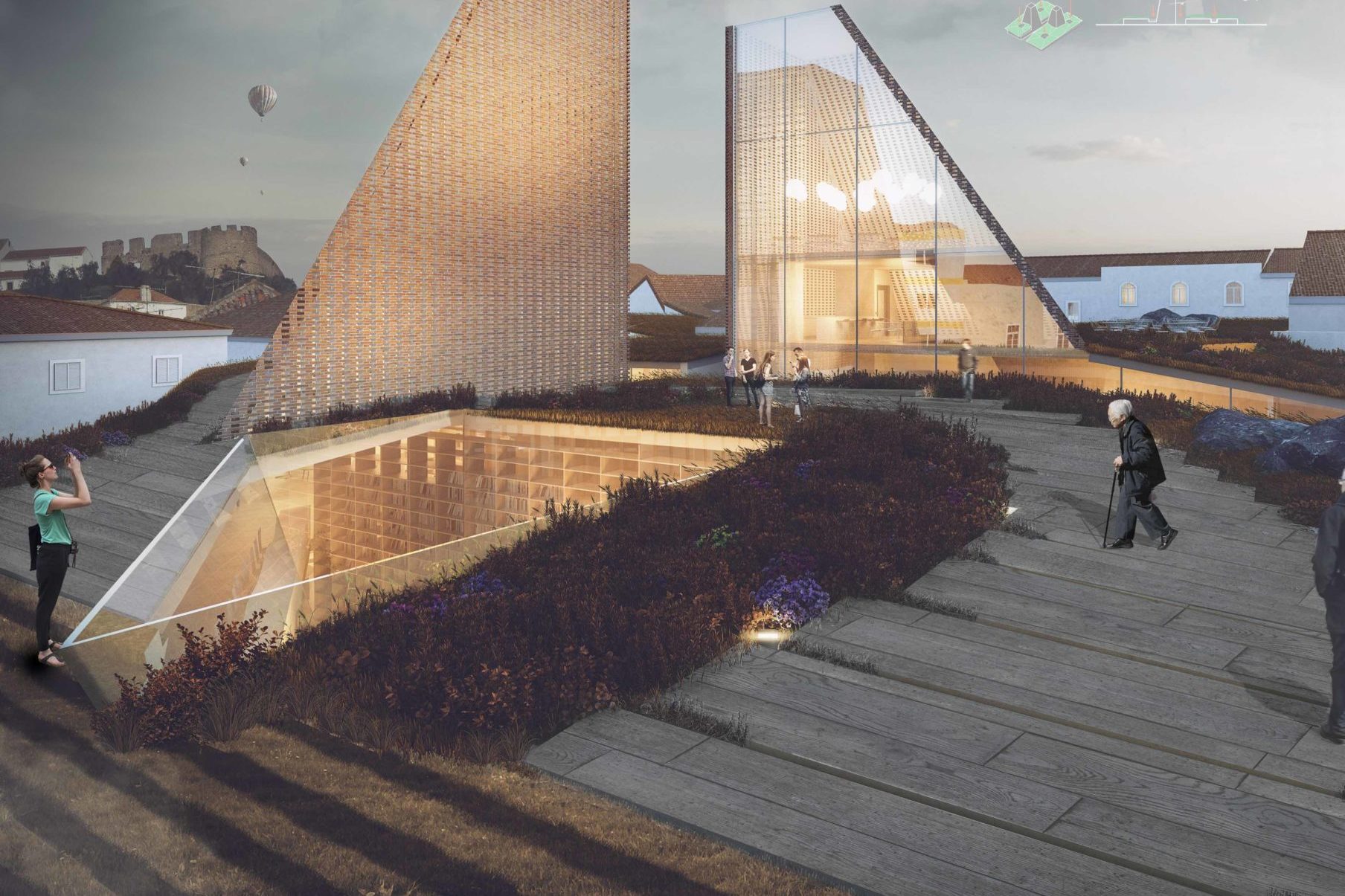 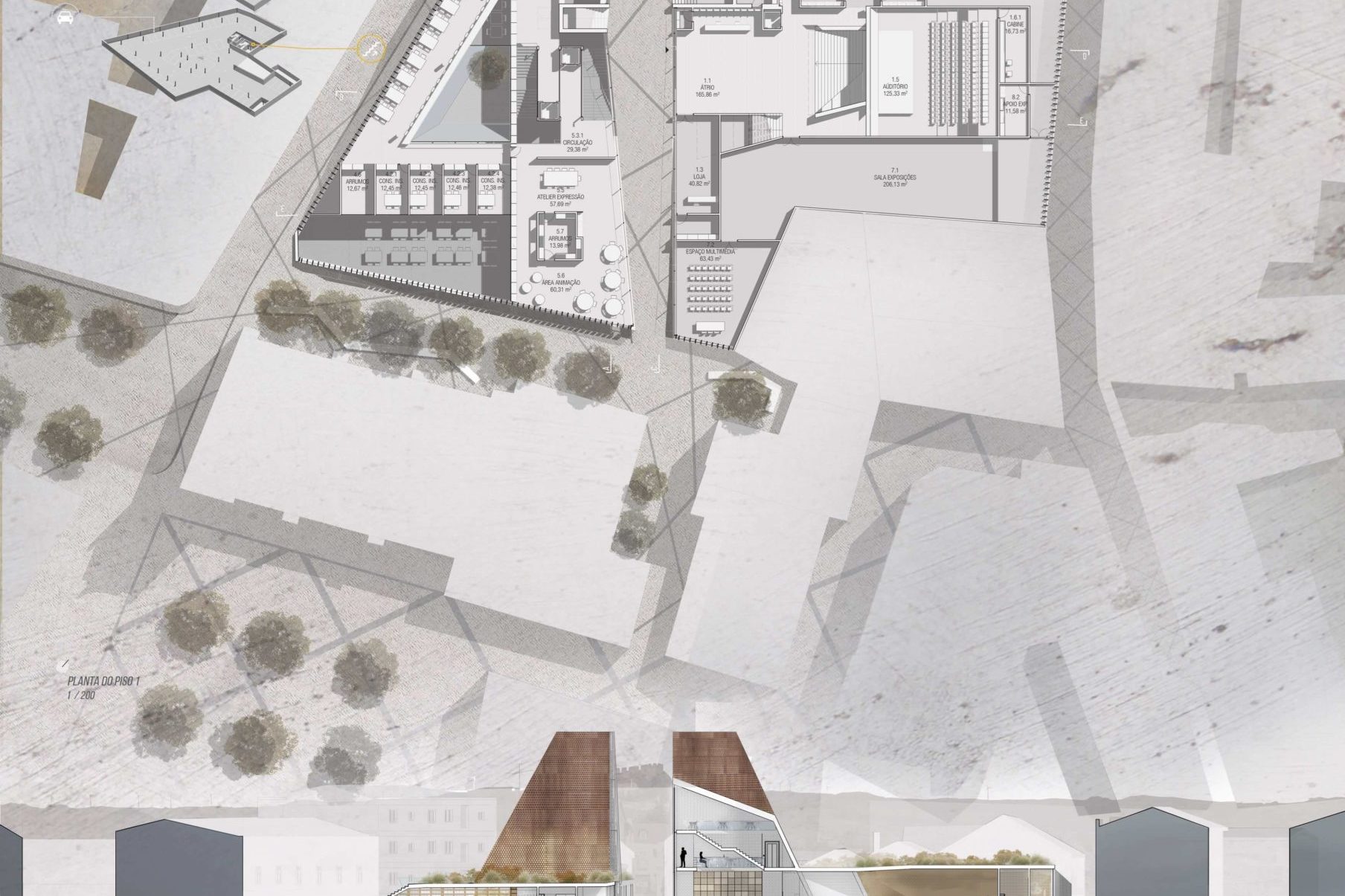 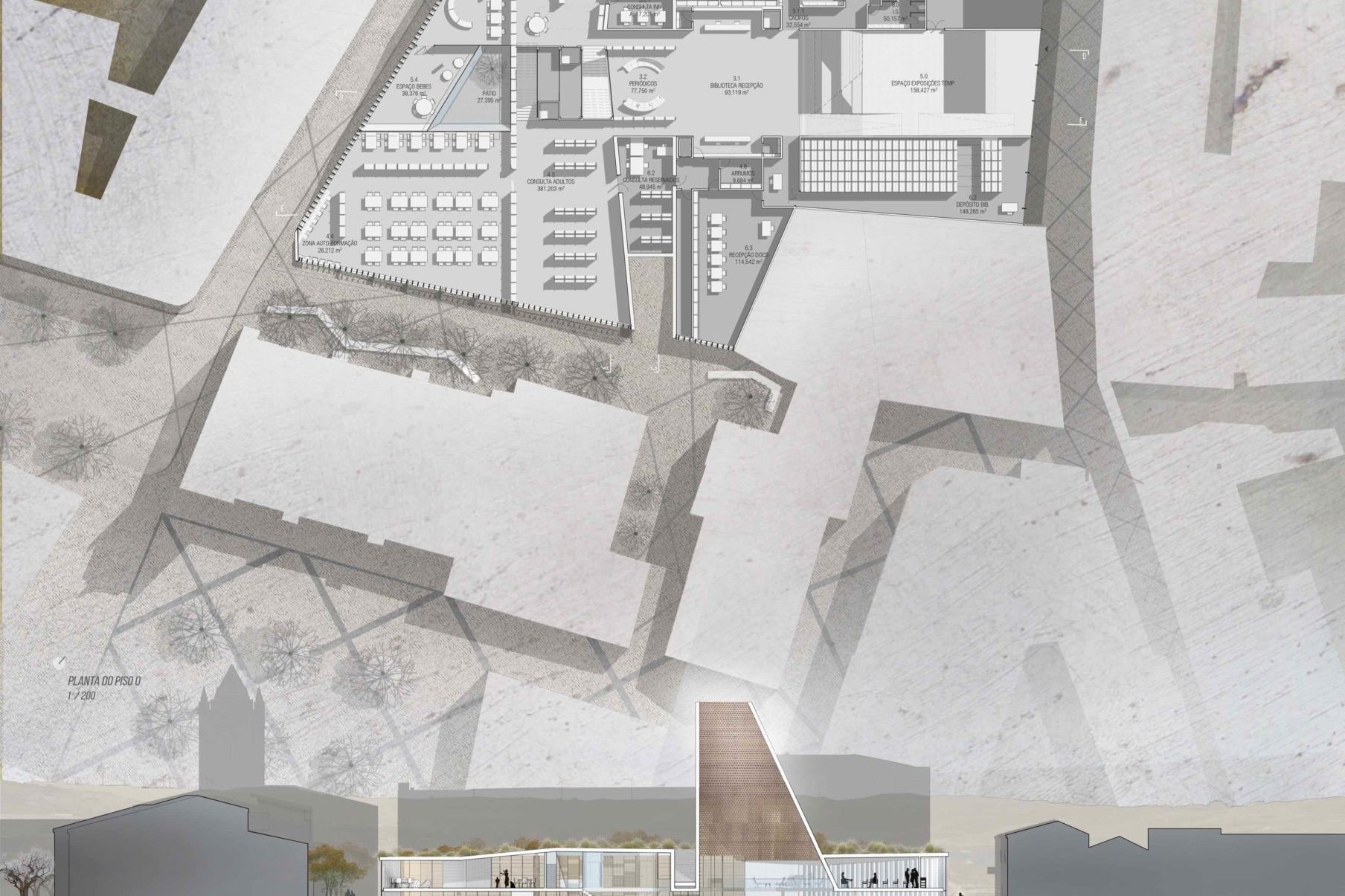 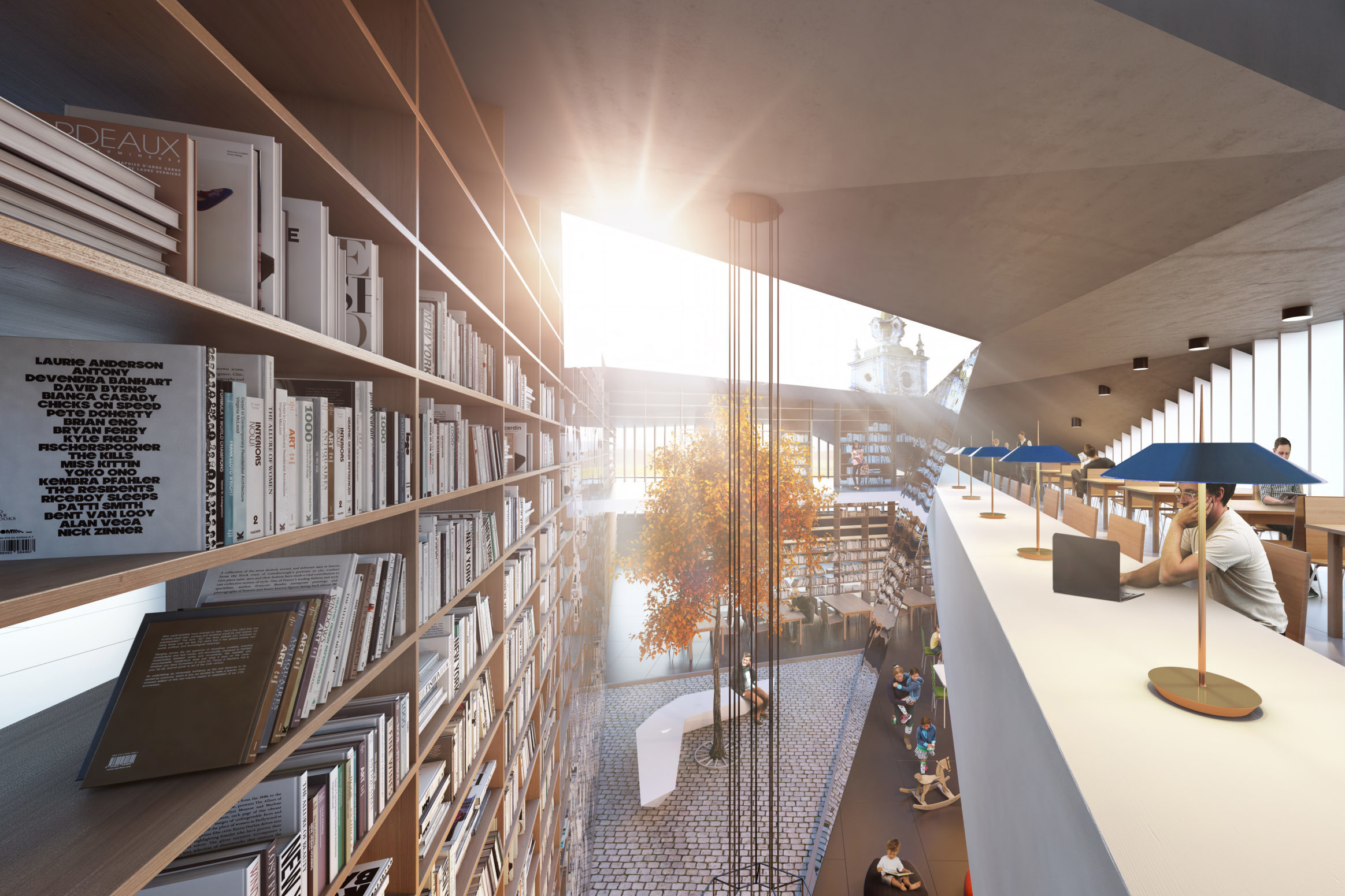 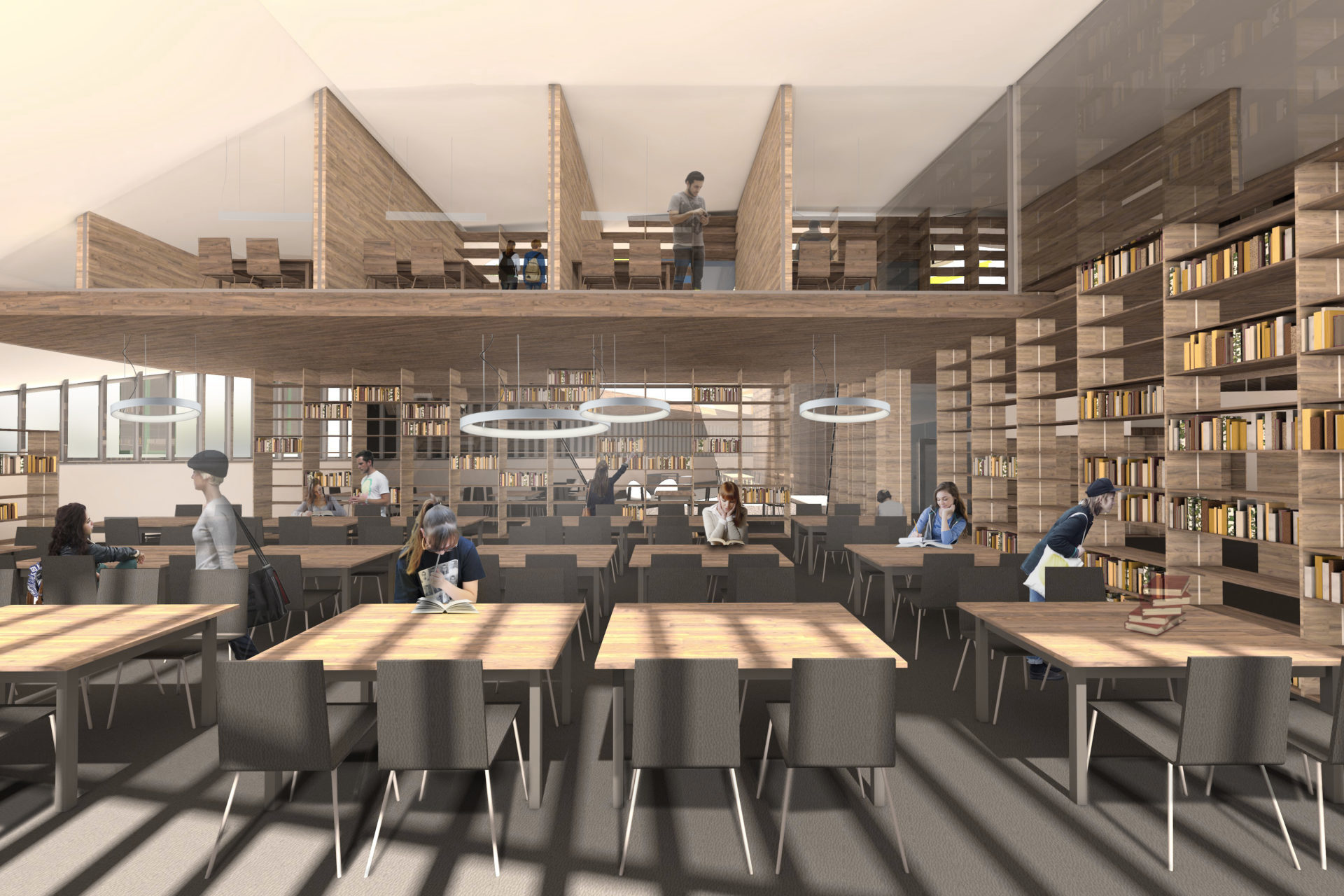 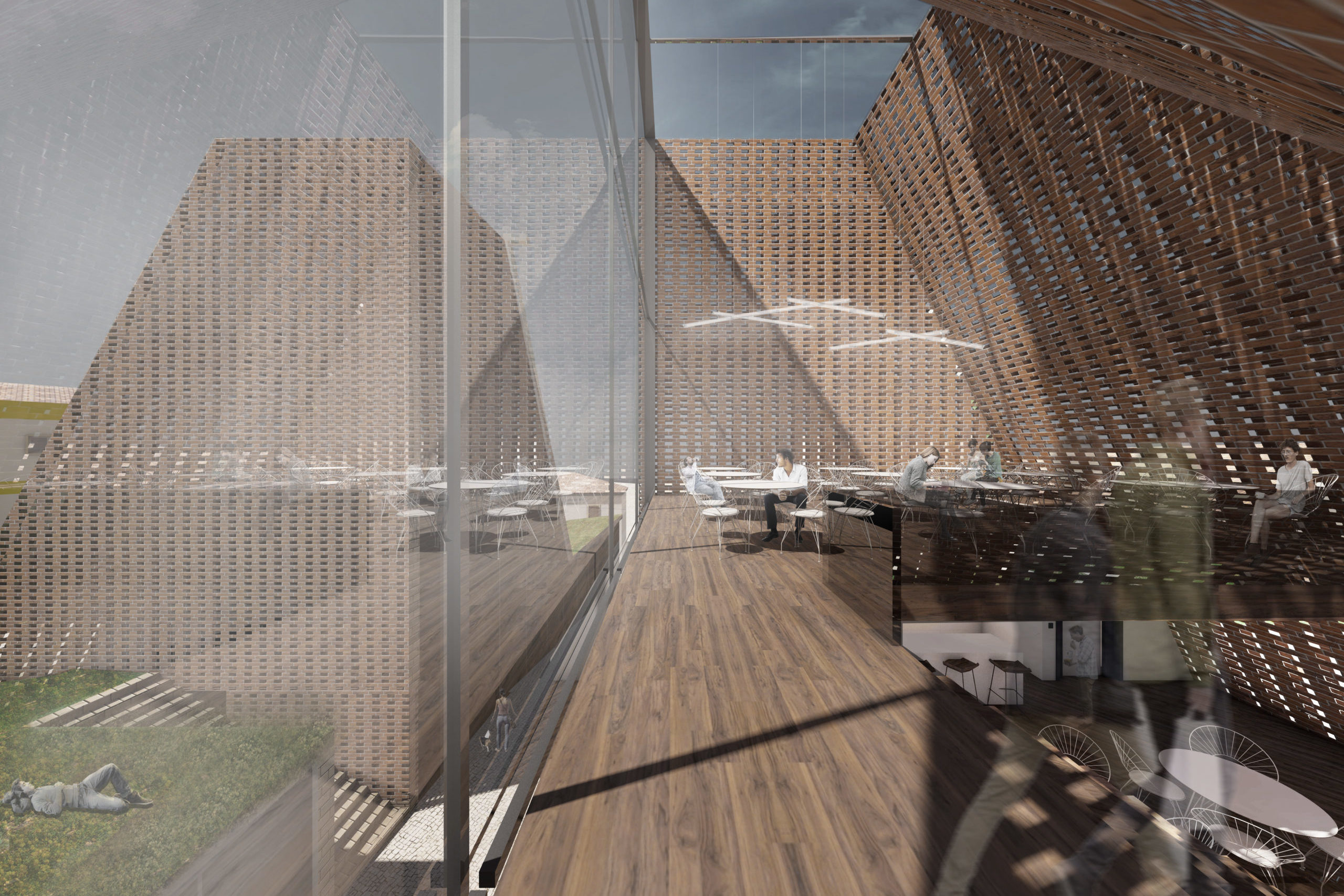 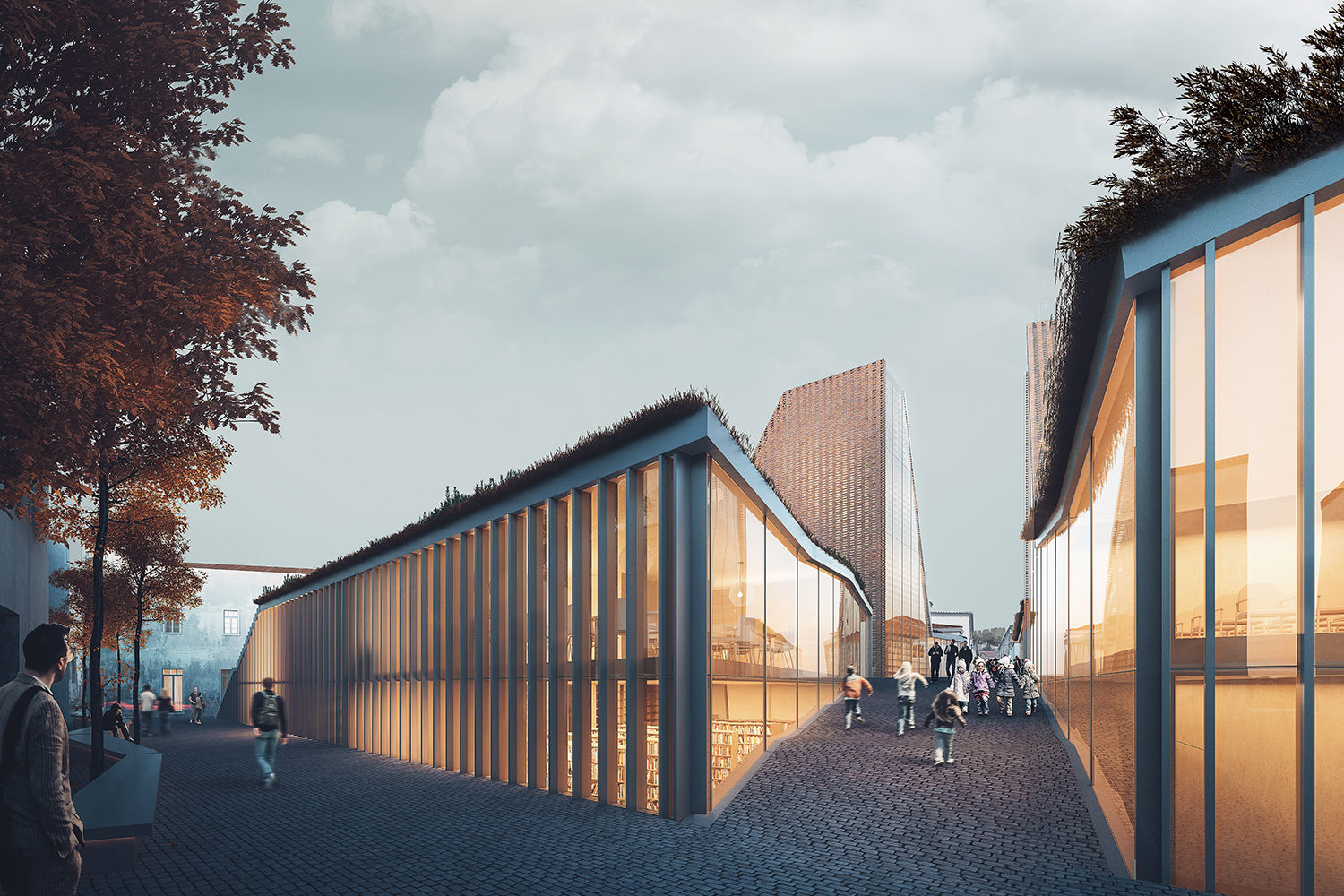 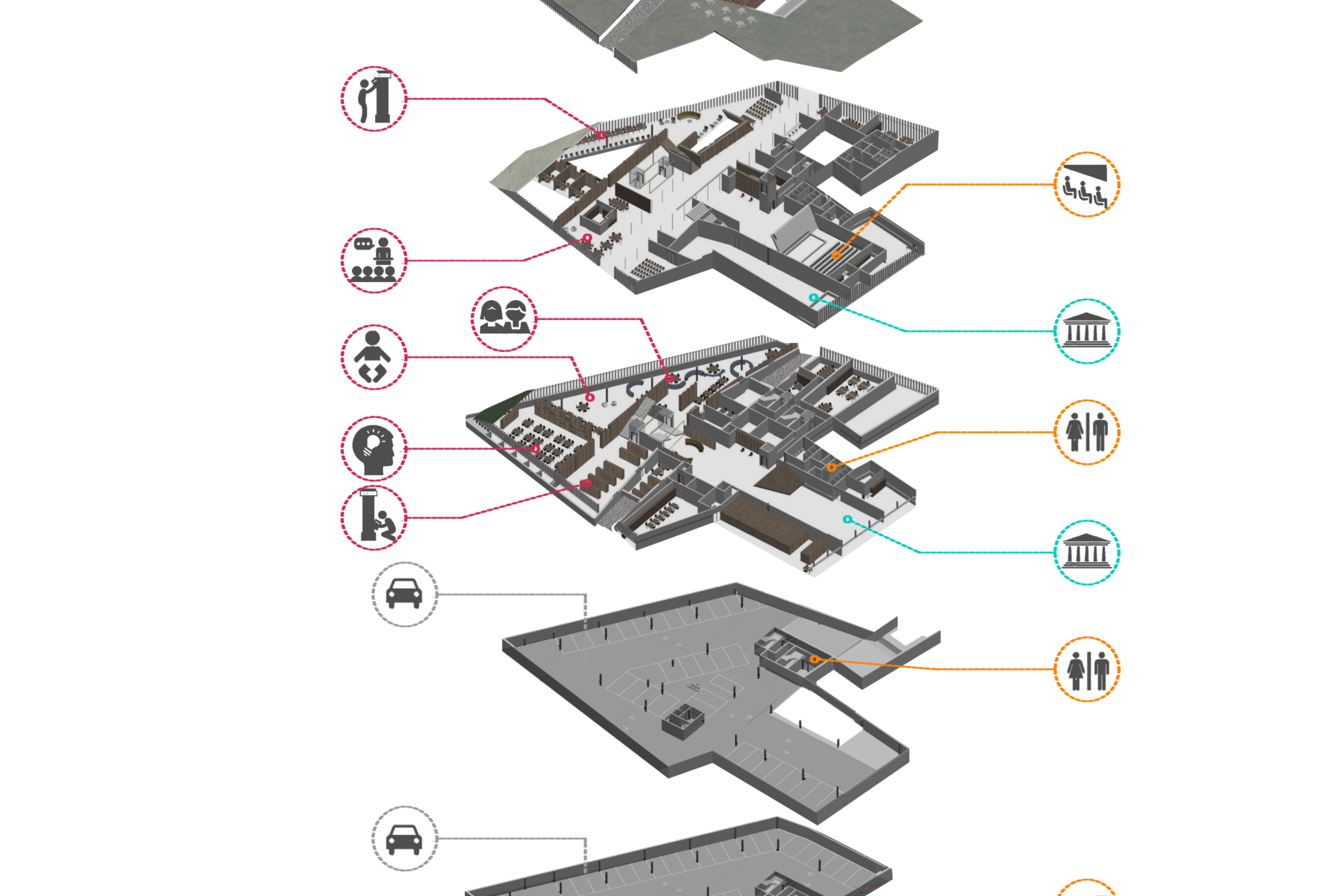